Wing Commander John A Kent leading Supermarine Spitfire Vbs of the Polish Wing on an early morning patrol in 1941.
During World War II a number of RAF squadrons were manned by expatriates from occupied countries.
Polish pilots were prominent amongst these, making up several squadrons and fighting with distinction throughout the war. 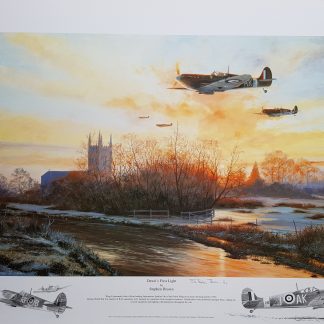