The Dark Part of The Sky

The Dark Part of The Sky
By Steve Hepworth

Fiction on a Theme of the Second World War

Dead men told no tales… until now.
Imagine setting out in a bomber, night after night, knowing that the might of the Luftwaffe is hell-bent on killing you… …
parachuting from a blazing bomber into enemy territory, having just bombed a nearby city… …deciding, day by day, which of your crews you will send out, probably to their deaths, not knowing their fate until they let you know… …having a date with the Chop Girl… …
spending the rest of time haunting your former airfield after failing to return from those ops.
What’s not to like? In the Second World War more than sixty thousand aircrew of Bomber Command lost their lives on operations or in training. Mostly young and energetic, they died suddenly and traumatically.
No spirits could have more reason to remain attached to the places where they lived the last few weeks or months of their earthly lives before they disappeared into the night. Simon Hepworth’s latest paranormal tales put a new spin on the sightings,
myths and legends of phantom airmen at old RAF stations across England. 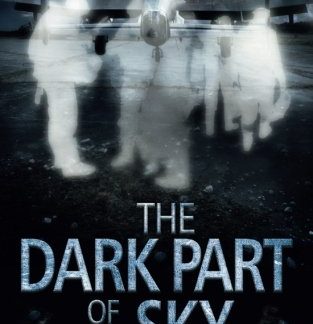 You're viewing: The Dark Part of The Sky £7.00
Add to basket